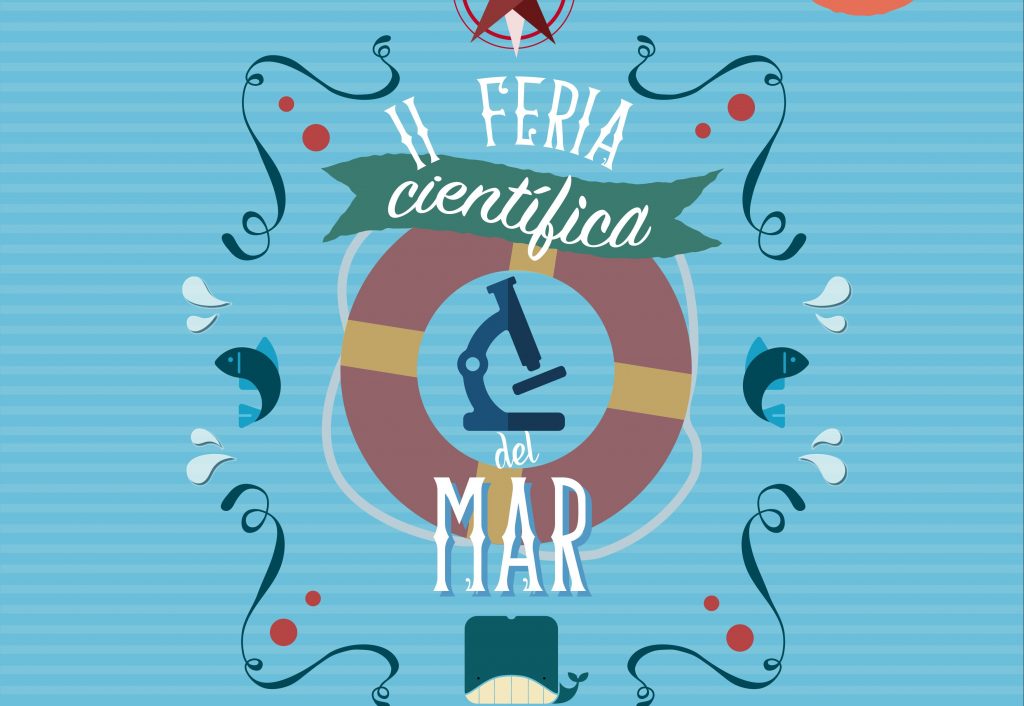 A large number of popular science workshops and a tasting, where seafood and land merge will be the focus of this event, in which there will also be concerts and several food trucks in the area.

The University of Cadiz, through its Unit Scientific Culture and Innovation (UCC + i) and the Excellence Campus of International of the Sea, in cooperation with the City of Cadiz, held next Friday, May 20, the II Scientific Mar Fair at the Castle of San Sebastian.

This event’s main challenge is bringing science that is generated around the sea and, especially, to scientists working in this area, to the society for a pleasant, simple and direct way to explain to the citizens various issues related with the tasks carried out in laboratories and in seeking to make a better society.

Sea Science Fair, which has been presented this morning by the Director General of Research of the UCA, Javier Benavente, the general coordinator of CEI.Mar, Fidel Echevarría, and the manager of the Municipal Foundation of Culture of the City of Cadiz, Carmen Montes, will feature a program of outreach, festive activities and entertainment, whose protagonists are citizens and researchers.

Through this initiative, collaborating about a hundred volunteer and 60 researchers, they are intended to explore innovative ways and spaces to translate the science into the street, something that will be possible thanks to the workshops and activities that make up the program, actions proposed not only by the departments and research groups of the UCA, but also by scientists at the Institute of Marine Sciences of Andalusia (ICMAN), the Spanish Institute of Oceanography (IEO) or the Hydrographic Institute of the Navy (IHM), all natural partners of the International Campus of Excellence of the Sea.

In this way, 15 workshops will be launched in the Castle of San Sebastian popularizing science that will address a wide range of investigations related to the sea and its surroundings, from the life of invertebrates and marine plants, to fish physiology without forgetting nautical charts, underwater archeology or anything related to intertidal rocks. In this Sea Science Fair also will be held a workshop related to UAVs, another in which work from a sports science perspective such as sailing and windsurfing, another focused on the application of procedural law issues related with the sea, another dedicated to nautical archeology and archaeoastronomy, and another where the project will be key.

In addition, a tasting, given by Professor Carmelo García Barroso, Department of Analytical Chemistry, where wine is mixed with marine-related products will be made. This initiative, to be held within the Laboratory of Marine Research (LABIMAR), will have capacity for 30 people and promises to be an unforgettable experience for the senses. Admission is free and on a first-come, first-served basis.

The workshops were aimed at all audiences, and tasting, other activities such as Sea Monsters exhibitions will join: between reality and myth and Science in Comics, both organized by the Unit for Scientific Culture and Innovation (UCC + i), in collaboration with the International Campus of Excellence of the Sea (CEI.Mar) and the Ministry of Economy and Competitiveness, through the Spanish Foundation for Science and Technology, and whose illustrations have been made by the Cadiz company The Pilot Dog.

But the fun does not end there, for the most enjoyable evening, this Science Fair will host several caravans of food in the area, popularly known as food trucks, and several stand companies in the province such as El Algar, tideland 21, Flower Garum, Cauce Natura, Salinas Bartivás, Southbound or Active 2000.

On the other hand, students of several masters of the UCA as the Conservation and Management of the Environment or Integrated Water Management plans to hold in the Castle of San Sebastian World Day of the Natura 2000 network, and it will photos attendees who so wish with hands shaped like a butterfly, because for every «gesture» of these characteristics is achieved portray Natura withdraw the average 18kg of CO2 by replanting.

The finale to this event come from the hand of the bands Smokers Die Young and Motor West, which enliven the evening with two concerts.

This second edition of the Sea Science Fair will have a free entrance. It is contained in the Plan III Popularization of Science and Knowledge at the University of Cadiz. In its first edition, held in June 2015, they will only be conducted workshops and informative talks and was attended by over 2,000 people, including 250 primary school children in the province.