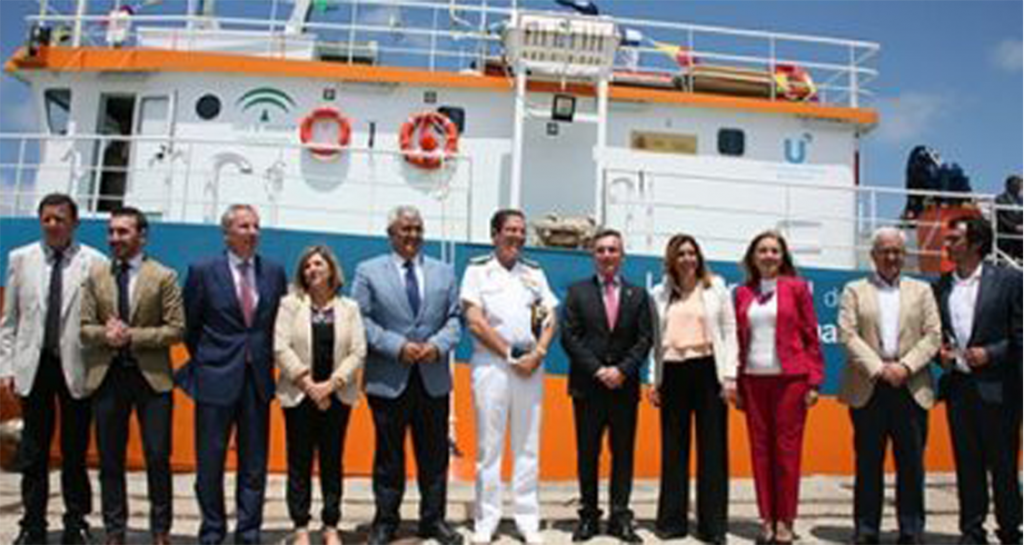 Authorities, representatives of the marine and maritime sectors and university community attend the presentation of an infrastructure with scientific equipment and most advanced navigation

The UCADIZ, Andalusian first research vessel, is now a reality. After a comprehensive intervention that allowed the installation of scientific equipment and most advanced navigation, fishing pier of Cadiz has hosted today the presentation of this defendant scientific infrastructure that with the intervention of the president of the Board, Susana Diaz , secretary of State for Research, Development and Innovation, Carmen Vela, and the president of the CEI · Mar Foundation and rector of the UCA, Eduardo González Mazo, has had the presence of authorities, representatives of the sectors marine maritime and the university community.

To get there, it has taken half a year of intensive work in Astilleros Pecci (Barbate) and the work of nearly a hundred workers, with coordination of scientists from CEI · MAR and the UCA, make a major refurbishment which has included installation-art scientific equipment. Some jobs that have been made possible thanks to funding of 1,500,000 euros obtained by the University of Cadiz through the 2014 call scientific strengthening of the Ministry of Economy and Competitiveness of the Government of Spain and the Campus of International Excellence del Mar.

Within days, the UCADIZ face the I Oceanographic Campaign CEI · Mar, with the participation of researchers from Campus, it plans to play the various ports related Andalusian universities promoters of the same: Almeria, Motril, Malaga and Huelva, among others . To undertake this demanding scientific activity, the Government of Andalusia, through support plans Andalusian public universities established by the Ministry of Economy and Knowledge, he has secured its annual preventive and operational maintenance.

The UCADIZ, owned by the UCA, with 25 meters long and 7.5 manga, is the first university research vessel. Thus, CEI · Mar also becomes the first campus of marine excellence of Spain to have a scientific infrastructure of these characteristics. It is therefore a unique reinforcement for equipment ERC · Mar that, from day one, is made available to the scientific community and the Andalusian university system to advance research in various fields such as oceanography , the Nautical and Underwater Archaeology, water management and sea, etc. At the same time, the ship is a resource of great features for practical teaching degrees and specialized master’s degrees in marine and maritime studies offered at present on campus.

The UCADIZ is also the first research vessel permanently based in the Andalusian coast, as well as a long-demanded by researchers from CEI · Mar infrastructure unprecedented in our university system and Andalusia. This provision results in a clear improvement of the Campus. Among the installed devices stand out for their uniqueness, adaptation of equipment for the development of research in underwater archeology (unusual circumstance in oceanographic research vessels of its technical characteristics), the provision of a multi-beam probe for conducting bathymetry high resolution or a system measuring C02 exchange to perform studies on the role of coastal waters as sources or sinks of CO2 with implications for climate change studies.