Nature is not governed by the law of the jungle 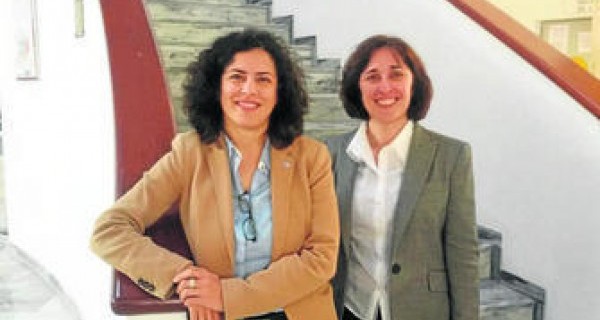 Four law professors of the UHU created a specialized group in Environment. Their work is aimed at governments and individuals.

Four professors at the Faculty of Law of the University of Huelva (UHU) have launched a research group that is called Public Law Governance.

It is an initiative of Manuela Mora, Rosa Giles, Nuria and Soledad Arroyo Arenas. Aims, within the scope of the transfer to society, advising both administrations and businesses and individuals, concerning the rules to be applied in various aspects related to the environment, a field it than anyone It is aware that its role will experience a significant increase in the coming years. One of the main challenges identified by this research group, is that liberalization and streamlining bureaucratic procedures, currently living at the time of launch economic initiatives, not at the expense of environmental quality.

Over time, the company has been implementing regulations that have been gaining ground in their effectiveness. It is not as generic principles and good intentions. The thousand faces of the environment and the enormous sensitivity that has been growing in society means that it is increasingly necessary to have experts in the field to avoid missteps that in some cases can be fatal.

This advance in the rules has led to a reversal of the policy of fait accompli that was so recurring years ago and the Andalusian geography has several examples.

The four teachers have extensive experience in areas of public law, specifically the International Law and the European Union and Administrative Law and Criminal Law.

Manuela Mora explained that «the research group was formed earlier this year and is integrated in the International Campus of Cei-Mar, where the UHU is integrated with other Andalusian universities».

Along with Cei-sea, two of the onubenses teachers are part of the Center for International Territorial Intelligence Research at the University of Huelva, C3it. This body has the fundamental line of work on the concept of territorial intelligence, which is defined as a field of investigation and a set of multidisciplinary knowledge concerning the understanding of the dynamics of territorial development, as well as methods and tools used by public and private to generate, use and share that knowledge for sustainable territorial development actors.

However, giving a unique character to the territorial intelligence as a specialized field, is the nature of the subject that develops research, which is not limited to a person or a group that investigates, but is a community or set of actors territorial carriers of an intervention project on the territory whose aim is sustainable development in all its facets.

Areas such as coastal management, environmental law, renewable energy, climate change or the use of natural resources are included within the objectives of the research group onubense. Professor of Administrative Law, Manuela Mora, had an impact on the high level of legislation on environmental issues have been published State and autonomous communities which entails, among other things, «having to be constantly aware of the innovations that arise». Many modifications or innovations can pose difficulties in implementing this legislation. To avoid this it is essential to update professionals.

All this legal maelstrom and the importance that the environment has in today’s society make advisory work and knowledge of this reality is essential not only in the case of administrations but when launching private initiatives: «We are at a time when the bureaucratic burdens are easing when making economic activities reality, however this new situation should not exempt from compliance and environmental controls and hence transfer possibilities proposed the group».

Mora acknowledged that «progress has been made in legislation in the last 20 years and I think it has achieved a good level in the regulations driven primarily from the European Union, which responds more than acceptable application in this sense I think the message must be positive. «

As regards renewable energy, the legislation «has been sluggish for quite some time, but we find that the legal scenario is changing.» And the Royal Decree on self-consumption was adopted as an example of «a complex rule that requires support for its implementation by stakeholders», and hence the interest of the group, in October last year.